Like all characters, there is a point where one grows tired of them. A break is needed for the desire to play them to return. While not quite ready to kick the bucket just yet, Ysolda the smol is officially shelved (well she was shelved for three weeks but the desire to replay her would come and go.) her story is on hold, as I felt the direction I was taking with her started to diverge due to my own burn-out. I've taken time to browse through the eight months or so I've had her, and every moment recalled or recorded by image or video just brings a smile on my face.

There is many names, far too many that each left a print of their own on the story of Ysolda, and this ball of angery dwarven pride would not be what she is today if not for each and everyone of them, for that as always I am grateful for having taken of your time, and your inspiration and creativity to aid develop my own character.

Without any specific order, I wish to extend my deepest thanks to these characters and their players, I shall write names as they come to my mind without any specific order : Fabian, Viv, That one guy I called brother once but kept changing his disguise at every meeting, Hilde, Nadya, Lacroix, Aki, Grunthilde, the other Herzmess's , Filianore, Saelynn, Kael'avin, Lyra, Elena and Darrowdeep in general, Elrith, Ilphaeryl, Lladria, Ezekiel, Meriam, Edwyn, Teriana, Nora, Dora, Fiora (was it actually Fiora or Flora?), Arien, Bertram, Derristan, Milanaith, Elatha And Guldorand in general, Lyria, Falgrim and Brogendenstein in general, All the monks I met, Quillian the horn lady I enjoyed watching from the shadows, Every elf not wearing pants, The few shorter people than I that I found in Bendir, Every person I subdued, Sharrans with emotion names, Bumblebee the random warlock in the abyss, that one guy that wanted me to enslave him, Those four people that wanted to stab me in the Hub, the 120 people which refered to me as small, tiny, midget or any adjective from those, and all those that I failed to name due to my own failing memory, yet that I know by face or have in my mind a memory of our time together.

I do hope that the fun was shared, and will continue being so.

How do I transition from that to this picture? I don't know, so here is a picture, it has "farewell." vibes so... : 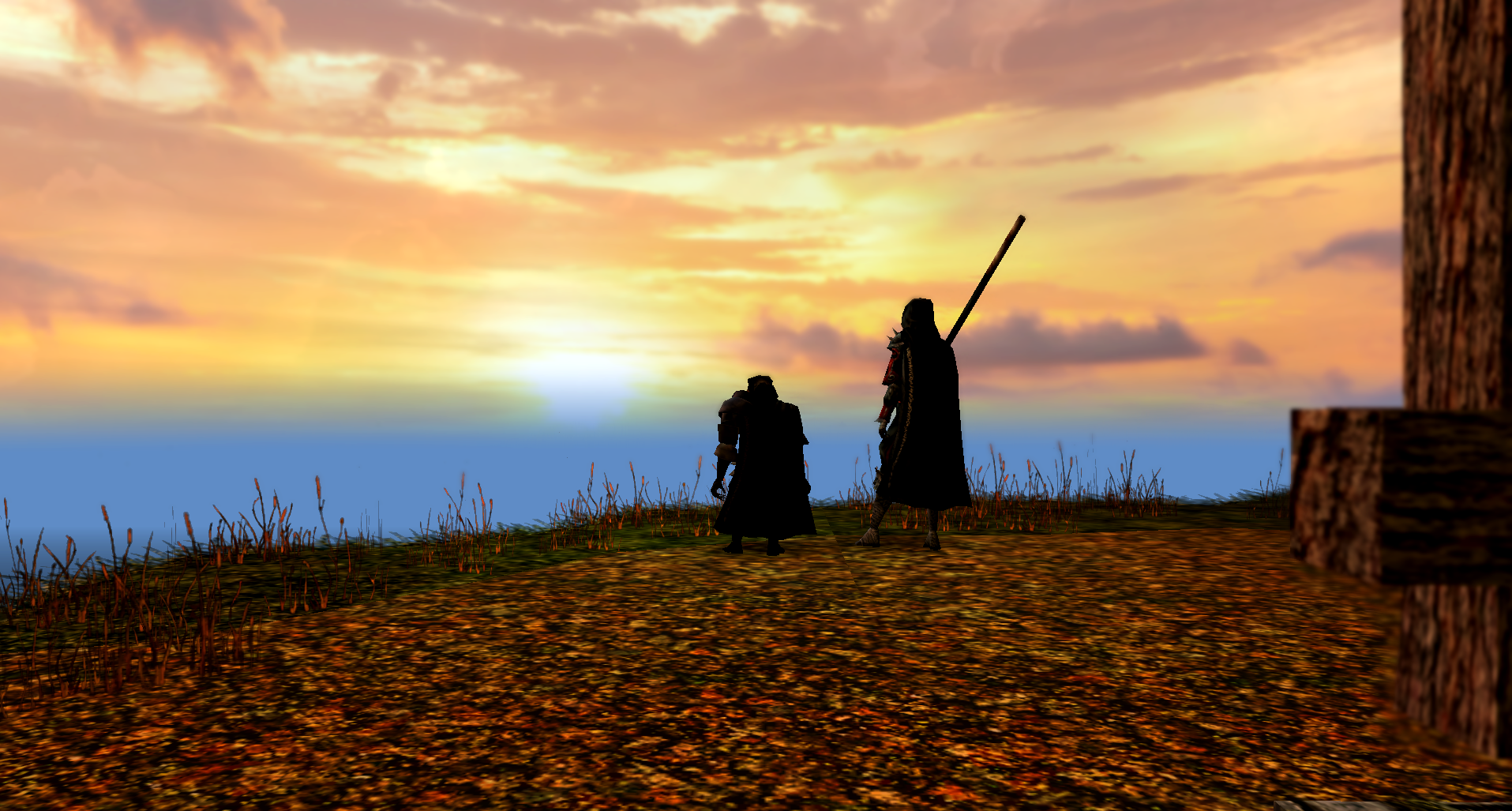 Ysolda is and still will be one of my favourite characters. Her interactions with Ana have been nothing short (see what I did there) of hilarious, especially in the moors. You’ll be missed me dude.

Farewell Smol Dwarf! Ysolda was a fun and entertaining character to RP with.

cant wait to meet the next one now too!
Dont make Cutlery out of Greensteel, It just cuts through the Plates
Top

Ysolda was fantastic. The few interactions were few and far apart but they always were a joy. The unspoken understanding and dynamic that developed between Isa and Ysolda during their chance run-ins was very unique. For a lot of those reasons I miss having her around as it draws an end to the shenanigans that they engaged in and shared together.

Though the last three weeks have been fun regardless if it's Ysolda or not. With that being said I look forward to more Eters.
Isandra Shelved
Daelana Desin MIA (Rolled)
Kalia Aerlin
Many other characters you might've met.
Top

Dear, I wish you having inspiration for playing as soon as possible see the tiny dworf as quickly as possible, and if not Ysolda, any other character from you, as I know they would be fantastic!

I'm really thankful for the RP we've had. Thanks for letting me see a part of Ysolda's wonderfully told story. Please keep being awesome, and I hope we'll meet again. <3
Be faithful in the face of death
And I will give you the crown of life
Top

Y, V and F was one of the most delightful roleplay dynamics I've ever been part of, and I'm genuinely hnoured to have been able to share it with two such excellent writers all-round good eggs.

Ysmolda will always be in our hearts, and plagued hearts to be specific <3 ...
Monstrous love.