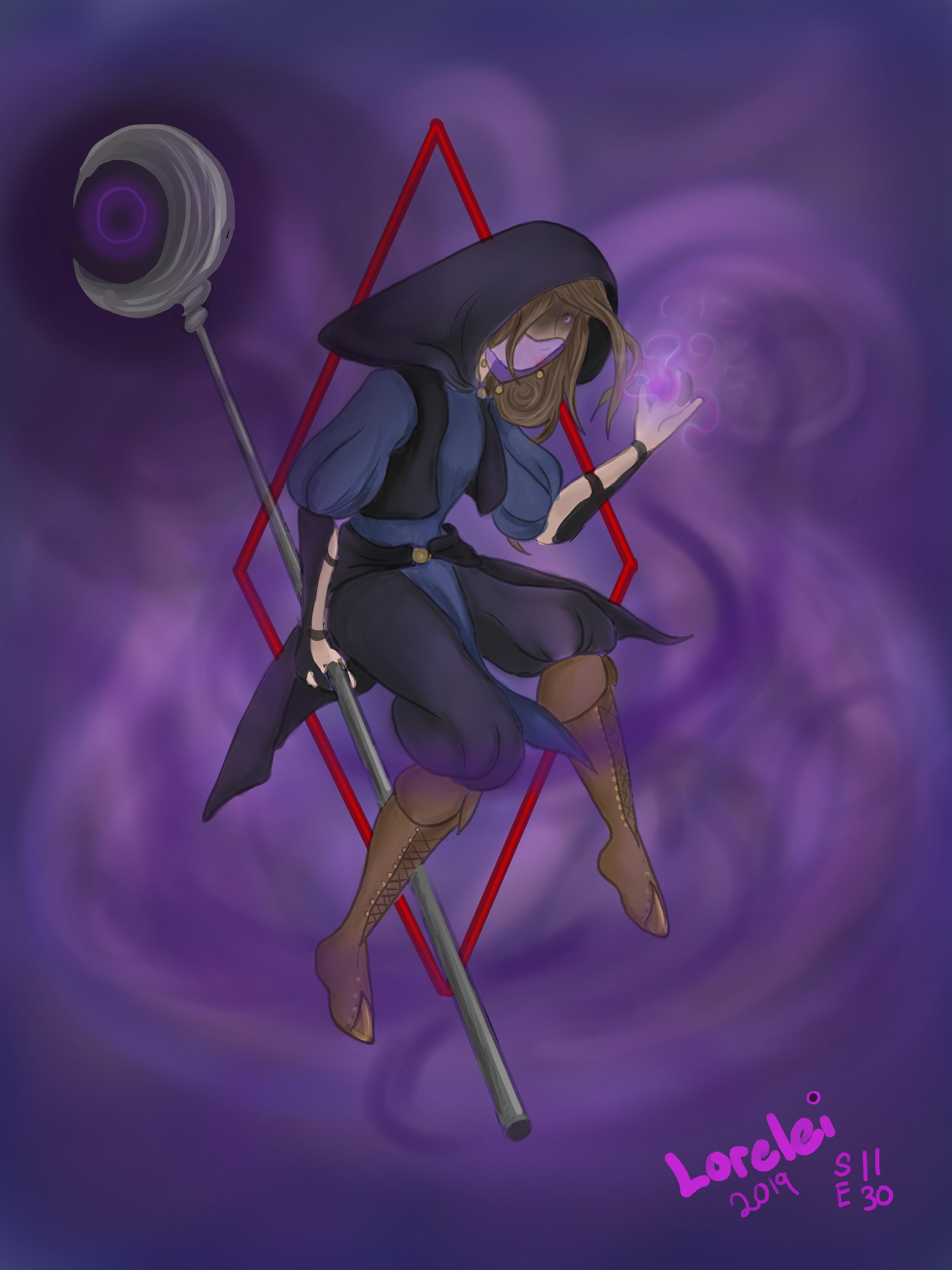 Thank you this was roughly 6.5hrs of work and i'm pretty happy with it

unfortunately Lorelei doesn't actually like anything but I SURE LOVE THIS PICTURE, WOW

Please check in with me guys, check your PMs. There's only just a week left until the due date, the 15th.
Top 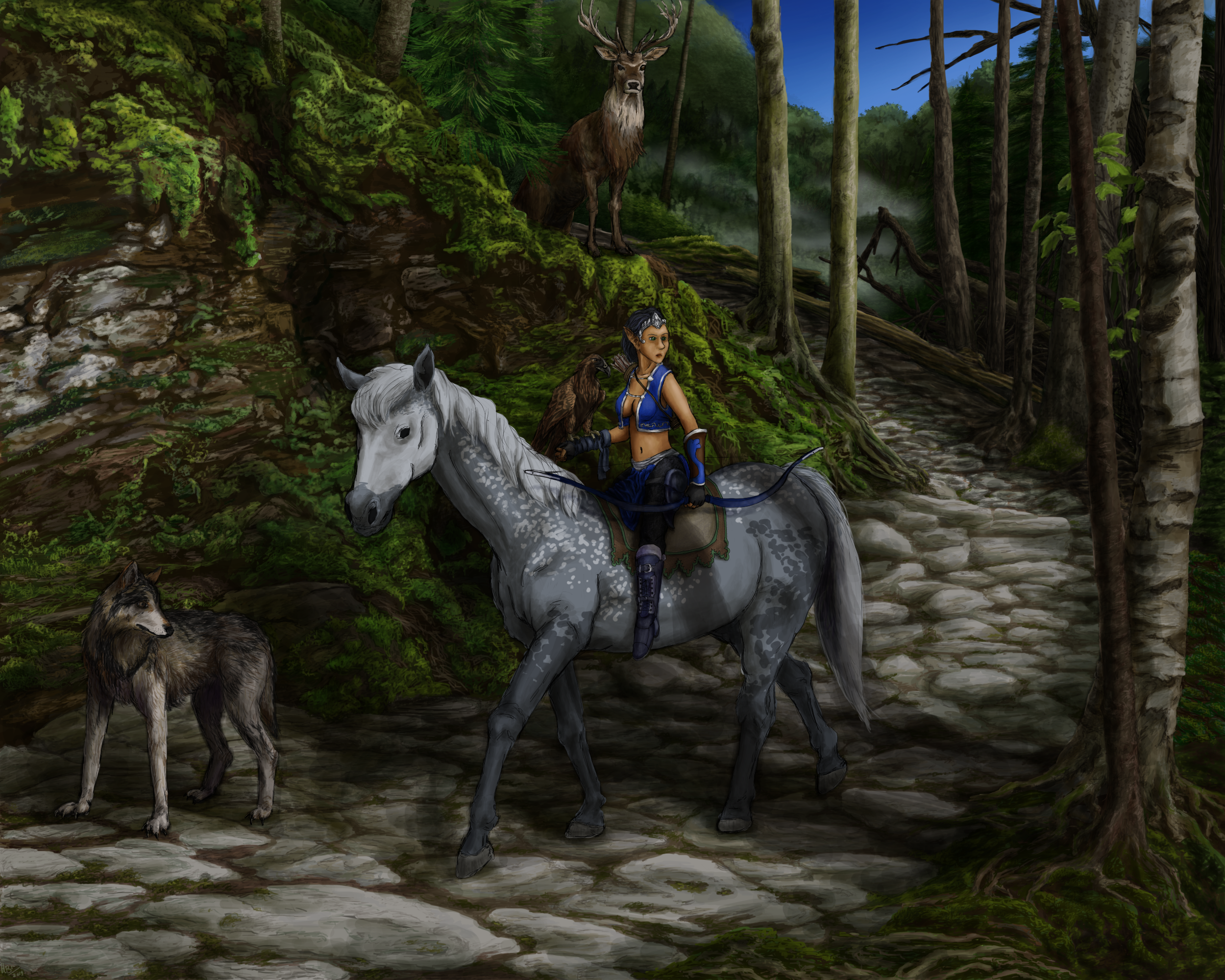 Wow guys, these are looking so awesome. I love all of them. I can't wait to see what everyone else did.

I had Ciaran Grady for my Secret Santa. Tried to keep it a very monochromatic scheme save for the flowers themselves!

please click the link here for that full zoom since the picture seems to be bigger than the forum allows. 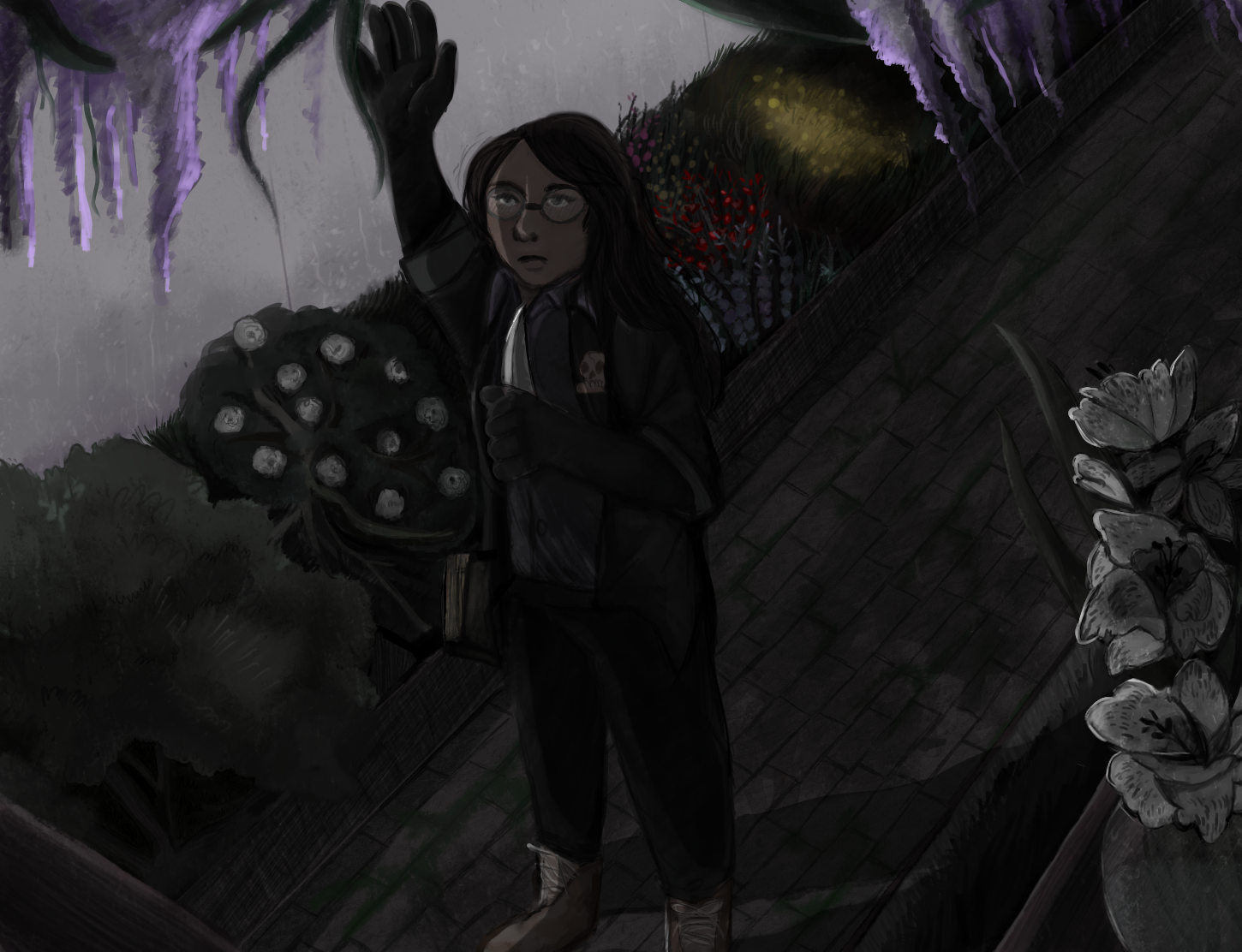 
Just a reminder that you guys have to the end of the day tomorrow (the 15th) to send me or Wokepigeon your secret santas so I can forward them to the recipients. If you don't care for being anonymous, you can just post it below. :)
Top

Another lovely and adorable anonymous entry! This one is for Paige!

Hello! Here is mine, the wonderful Sarai Mercer <3.

Artist's comment:
"Was going for a juxtaposition between the human and devil side of being a tiefling, so half of her is the devil while the other half is the human mage."
Top

i want it to be known that between my twelve hours of overtime and my not having had a day off for the past ten (?) days and my being deliriously sick right now that it seems by all the cosmic signs that god himself conspired against the completion of this secret santa piece

merry christler, ive never RPed with this character but by her description im pretty sure sabre is a disney princess
Top

Oh my holy good godness I think I just died inside for your art Magistrasa holy damn.


merry christler, ive never RPed with this character but by her description im pretty sure sabre is a disney princess

And to say, you're not wrong. But good christ you did amazing job on her, THANK YOU for creating my baby aahhh <3
You need the Dark in order to show the Light.
Currently playing: Sabre Lalannathwyn, Avidelra Aza'Athreen
- In Memoriam: Hexflaerin Amav'fer, Eclipse Silverbane
Top

That is so cute! She looks like she is having the best conversation ever with that bird!
Top 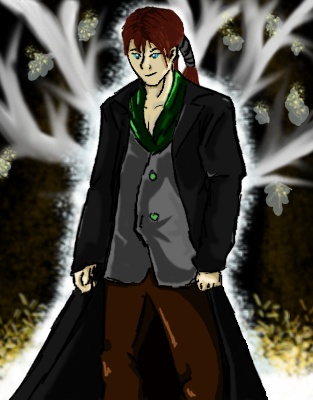 We're still waiting for a few more people, I thank you guys for the patience and also for participating. These all look so amazing, I'm so happy with how everything went.
Top

The Unattended Cracker wrote:This Secret Santa comes in two parts; the art, and the explanation.

In a tarot reading, The Hermit typically is an indicator distancing oneself from their surroundings and taking time for some introspection. It's a signal for one to be alone to seek truth, and to sort out whatever quandary they may have without the numerous opinions of others clogging the process.

Personally, it's one of my favorite cards in the deck and one that I felt related to Kelson the most out of all other options.

However, I have turned this particular card upside down. In tarot readings, cards in 'reversed' positions often take more negative connotations. In the case of a reversed Hermit, it can mean that one has isolated themselves to an unhealthy degree or that on the path to seeking answers one has lost their way.

This definition felt more accurate to me, since the last time I had interacted with Kelson he was very much over his head in pursuit of truth. He saw things no one should, and felt alone in the suffering resulting from prophetic visions of eldritch horrors. He closed himself off from most of his friends, and very much became a Hermit.

I'm sure he's grown past this since then (after all, it's been some months), but I felt that it would be more meaningful to draw him as I remember.

A few notable pieces of symbolism include;

A crystal ball containing a six-pointed star. On a traditional card, the Hermit would be carrying a dim lantern to light his way (often depicted with the star within). As my first interaction with Kelson was to gift him a crystal ball that depicted the night sky when not in use, I felt this to be an appropriate Divination replacement.

A glaive cradled in the crook of his arm. The Hermit is often shown with a walking stick to support him on the hard path ahead. I have never seen Kelson use a staff, let alone an edged weapon, but I know a good friend of his does. And so to resemble his support system, I've used hers.

A visible path in the distance behind him. The road the Hermit walks is often long and arduous. Normally Hermits are seen climbing up a hill, or standing at the ledge of a cliff (the end of their journey). For Kelson, I've decided to show parts of his path as he trudges onward.

I had some technical difficulties last minute (a corrupt file, RIP), so I'll probably be posting a more thorough version Soon™.

Oh my god that is so great. That is wonderful. You did a really great job, and captured a sense of the unhappiness he bottles up inside. I can't thank you enough.
Top

When I saw Roo, I think I teared up a bit. Even if I'm not emotionaloverload, I think the art is amazing, and TY to whoever brought one of my favorite PC's to life with their art.
Top

A gift for Miranda! I hope it looks okay with the short notice. 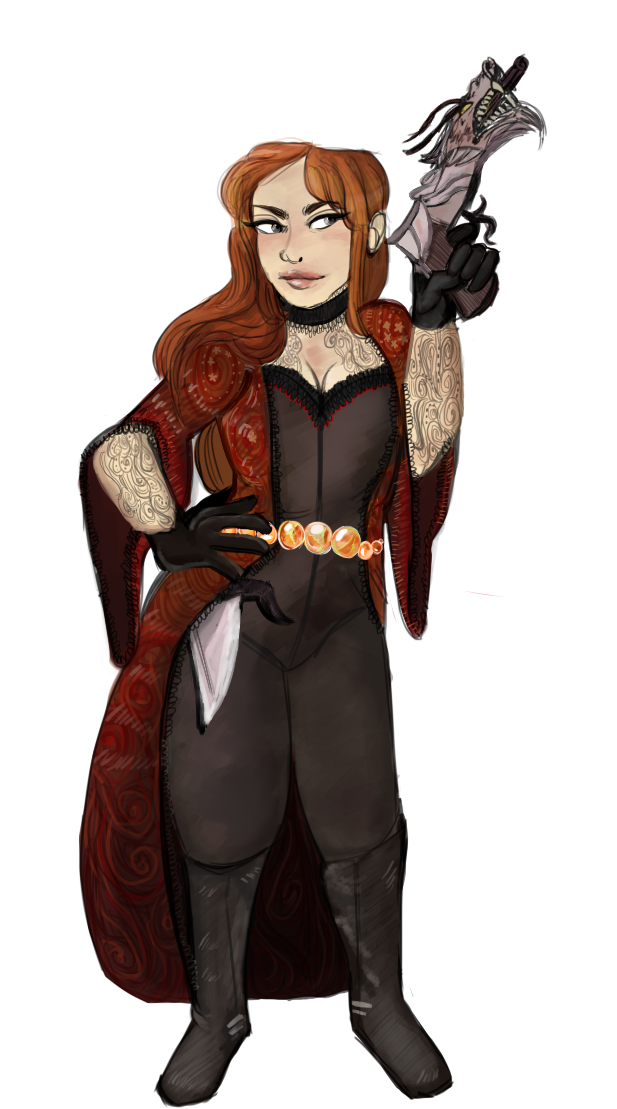 With that being posted, I think we're just about finished with Secret Santa Art Trade 2019. I want to thank everyone for coming out and participating, and I wanna say that I'm just so happy with how everything turned out. Everything looks amazing.

Return to “The Talent Show”