Live Now:
Ship Guards can now be Recruited on certain vessels. Only Ship Owner, By key or Faction Power can recruit these guards.

Ship Guards will only follow you on Ship Decks so they can be used when boarding other player ships or defending your own (PvP encounters). However, they will return to their Ship if you try and bring them with you to other locations (or interior of the ship).

Henchman limit is set to 2 on Arelith, so you can bring with you max two. However, other crew members could recruit the remaining guards if the Ship have them to spare.
Top

* The -cover command is now only used to check your cover state.

* Hoods that do not hide your face no longer count as cover, the new masked-hoods added to all races do.

* A new -disguise_race command was added that allows you to disguise your race as a similar one **when covered** (Shield Dwarf -> Gold Dwarf, Drow -> Sun Elf, etc.), breaking the cover without breaking the disguise will not reveal your real race.
Discord: MalKalith#8042
Determine your Public CD Key here
Can't see your vault? Have you migrated your accounts? If you have tried, and still can't see them, message me.
Top

Live now at PGCC:
From Zaphiel:
Command for adding new weapon VFXs is added to PGCC.

Siege Weapons on Ships can now also be used anywhere else that is an exterior area. When placing a Siege Weapon in another area that is not the deck of ship a set of new options will appear.

It behaves much the same as before but added options are Calibration Mode that will trigger Targeting Mode where you can adjust the angle and initial distance and target location to fire projectiles at.
On top of this as Targeting Mode is limited to how far you can see and click you can also adjust the range beyond this point with the given angle from Calibration Mode.

Target Location will be marked with an X-mark placeable and a green cone will show a valid target area for the Siege Weapon. Please note this cone visual won't be visible until next Hak build is pushed live but you can use the weapon just fine without it; its just there to help you out visually.

Light Ballista, Heavy Ballista and Mangonel can only fire in a 50 degree cone from its facing. While the Bombard can fire 360 degrees around it.

All projectiles are subject to Reflex Saves. Damage and DC will be increased with better projectiles.

From myself
================
- Mayfields NPCs no longer shout over nearby PC conversations.
- Svirfneblin Engineer no longer compelled to establish dominance over Treadstone Locks portal.
- Treadstone Locks Houses' music 80% less creepy (from approved suggestion).
- Treadstone Locks Tenement area fixture limit increased from 60 to 180. Still a tenement, though.
- New NPC added who can grant the Shadow Mage path to eligible PCs.
- More -makesafe points were added to Kohlingen/Island Ruins, despite how funny it was when you got trapped on the roof all those times.
"I want to play a dog because I really like dogs and I think I could create a lot of inclusive RP by playing a dog for <z> reasons."

(All after next reset)

- Henchmen now work cross server. This will include all new recruitable henchmen to be added, as well as existing ones in Darrowdeep, Gloom and the Spires Citadel. Their inventories can no longer be adjusted.

From myself
================
- Eagle Feathers, Bones, Spider Silk now able to be stored in Hunting Bags.
- Writ rewards, particularly for mid- and high-level writs, have been "rebalanced" (nerfed). Settle down settle down, it was almost entirely gold, not XP.
- Tracks left behind by DI now display as left by a human. ("Oh, so you think I'm a member of an ancient, obscure and extinguished human empire (which in reality was secretly stolen into the black depths of the Underdark) in self-exile, who just happens to be out for a stroll, because you see it in some footsteps in some mud?")
- Corpses left behind by the following subraces will display their parent race type instead of their actual subrace, UNLESS shapeshifted into a "monstrous" form, where appropriate:
- Aasimar
- Deep Imaskari
- Dragon
- Genasi (all types)
- Rakshasa
- Tiefling
- Vampire
- Yuan-Ti Pureblood
- Gold from purchased citizenships will now spontaneously evaporate instead of being deposited into the associated settlement's bank account.

From Zaphiel
================
- Trolls asked politely to please go and die when attacked with fire or acid again.
"I want to play a dog because I really like dogs and I think I could create a lot of inclusive RP by playing a dog for <z> reasons."

From Danger Dolphin
================
- Implemented player suggestion for decapitated character heads to expire. They now appear as/are described as heads, not skulls (as they must be recognisable as the person who died in order to be useful in roleplay).
- Keeping rotting heads in your inventory for too long will have negative effects for your character, such as a bad smell and spreading disease.

From myself
================
- New merchants in Dis and a heap of changed RP items including many with new custom icons available for sale (on random/rotating basis).
- Critical QoL update: Dis candy now gives the correct flavor text when eaten.
- NPCs can no longer immediately identify Deep Imaskari, Rakshasa, Vampires, etc. when questioned using the -investigate command (they will report whatever parent or apparent race is appropriate at the time the PC was detected).
"I want to play a dog because I really like dogs and I think I could create a lot of inclusive RP by playing a dog for <z> reasons."

The banner has received 50% physical damage immunity in addition to some appropriate effect immunities.

All Earthkin Defender abilities are flagged as extraordinary.

New VFXs have been added to Debilitating Strike's impact and for the ability Aegis. More VFXs to come.

All abilities will receive custom icons post-release. It will likely be a few weeks yet.

Feedback will continue to be closely looked over following release. Bear in mind all numbers are subject to tweak and adjustment as you complete your relevels. Make choices you'll be happy with as another relevel is unlikely.

- Hex added to -usefeat command
- Reminder about AMA listing and command for new players on server login (only affects people 10 RPR or lower)
- Arcane Tower (Common Room) fixture limit increased to 120
- Bendir Dale (Earthkin Village) Cottages fixture limit increased to 100
- Myon's Great Tower receives a printing press
- The -remake_char command now gives a brighter warning with the (mostly) the same warning but added server rules from the DMs onto it.
- The Hub had additional trash barrels added - ya filthy animals. Pick your stuff up and throw it in the labeled containers!

From Anachorn
=============
- Deep Imaskari are now identifiable on examine only by other Deep Imaskari.
- New charts were added to the wiki (Thanks @Mattamue!) with the full details on which races can disguise as which and what happens when you are disguised and/or covered :
http://wiki.nwnarelith.com/Disguise#Disguise_Matrix
http://wiki.nwnarelith.com/Fully_Covered#Disguise_Race
Discord: MalKalith#8042
Determine your Public CD Key here
Can't see your vault? Have you migrated your accounts? If you have tried, and still can't see them, message me.
Top

- Jordor in Brog is no longer a wet noodle. His HP has increased from 4 to 44. Take that holy traps!
- Shelgarn's persistent blade is now a flat 24 hour spell cast regardless of caster level. Extended spell has a 2x duration (48 hours).
Discord: MalKalith#8042
Determine your Public CD Key here
Can't see your vault? Have you migrated your accounts? If you have tried, and still can't see them, message me.
Top

From myself
================
- Twelve new Arelith-custom fixtures (craftable by Underdarkers only) have been added. They will be available in the crafting menu within the next day or so (aiming for that timeframe, holidays may impact). 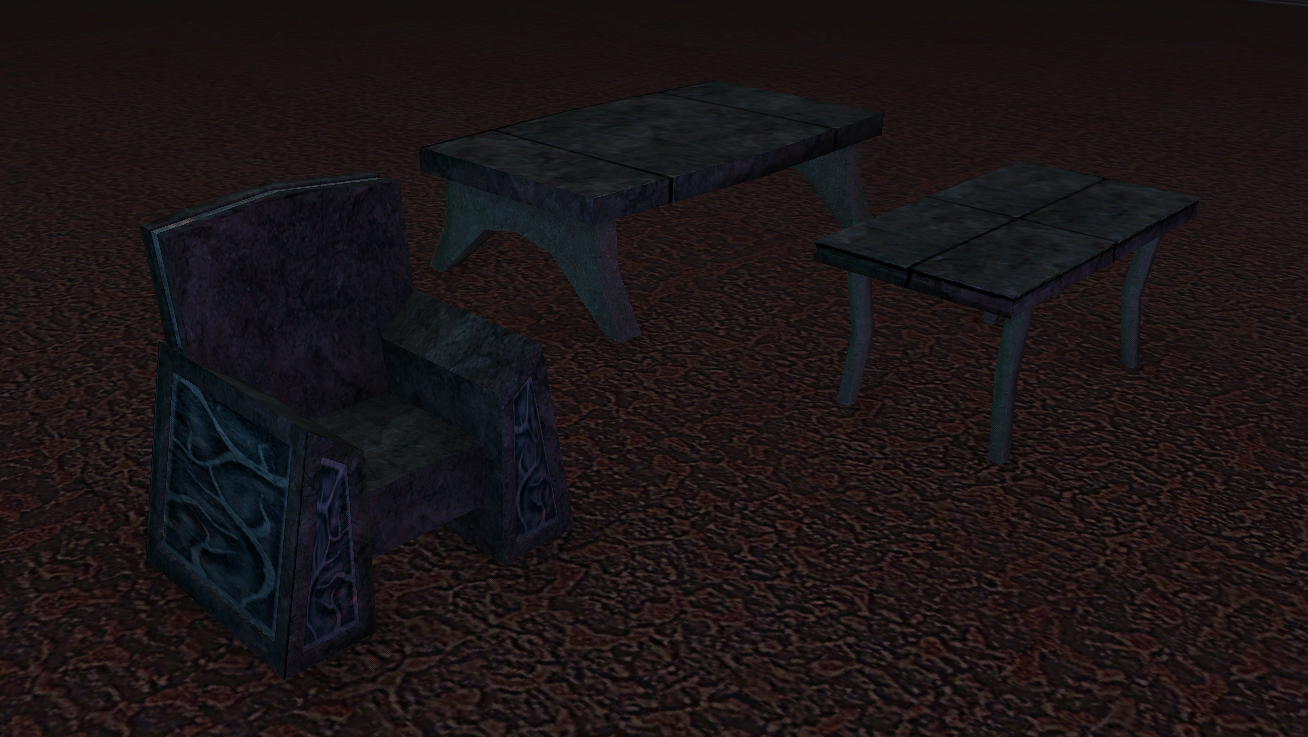 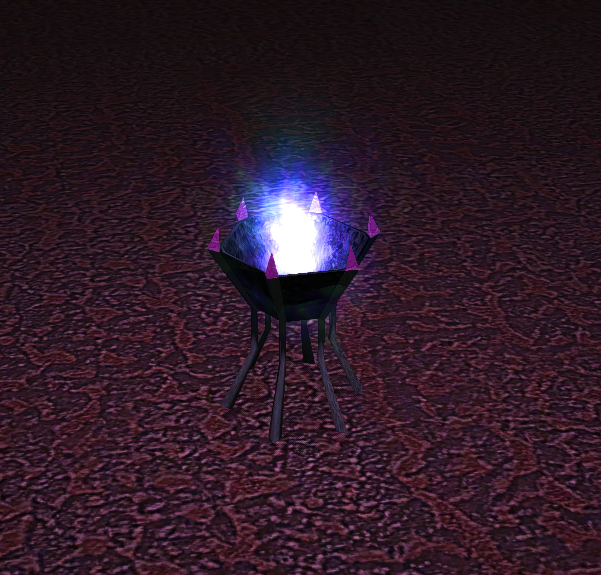 Faerie Fire Bowl
DC: 24
CP: 32
Requirements:
1 Alchemistic Catalyst (Standard)
3 Crystal
2 Ingot: Steel
"I want to play a dog because I really like dogs and I think I could create a lot of inclusive RP by playing a dog for <z> reasons."

- People that are scrying can no longer be reachable by speedy messengers or images. This should avoid awkward situations.

- Monstrous Pirates now at a normal reward tier and no longer requiring a greater reward. This reward is still locked behind application to Grumpycat and the DMs.
Discord: MalKalith#8042
Determine your Public CD Key here
Can't see your vault? Have you migrated your accounts? If you have tried, and still can't see them, message me.
Top

- Blackstaff casting now has a target selection instead of casting on oneself only. The original behaviour has it focus on the weapon in your hand leading to the unnecessary bartering of your friends weapon for you to cast on. You are now able to choose who you want to cast it on.

-Snitches got stitches. Cordor and Radiant Heart snitches removed to be in line with changes done to Sencliff. The Radiant Heart NPC still offers its other half of it services though.

Developer commentary: This adjustment is primarily made to reduce deviations from vanilla NWN. In 1.69 the base dispel resistance was 12, but with the release of EE Beamdog fixed a bug and reduced it to 11. This was inadvertently reverted when the custom dispel scripts were implemented.
Discord: MalKalith#8042
Determine your Public CD Key here
Can't see your vault? Have you migrated your accounts? If you have tried, and still can't see them, message me.
Top
Post Reply
613 posts