Bugs with Arelith (in-game and out) should be reported here.

Description of Bug Experienced:
When I lay down an AOE trap i'm only awarded XP on one kill. However I'm still given piety on each kill so I know it's being registered.


Steps to reproduce the Bug:

awarded XP on all kills

awarded XP on only one kill 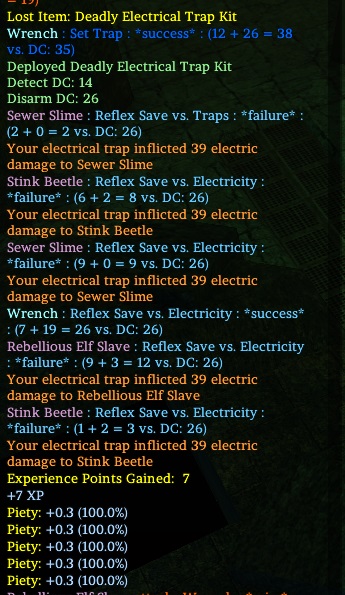