I recently bought a new laptop and the Norton trail is about to expire. I had Trend Micro on my old computer but let the service lapse a couple years ago and never had any problems with it.

So, my question is: Should I renew the Norton software or just use Windows Defender?
Random Rogue, "My fingers hurt from all this lockpicking!"

I have just used Windows Defender for years and haven't had any problems. Considering most browsers also have built in anti-malware I think it's more than sufficient, unless you're downloading stuff from sketchy Russian websites or something.
Edited for grammar, probably
Top 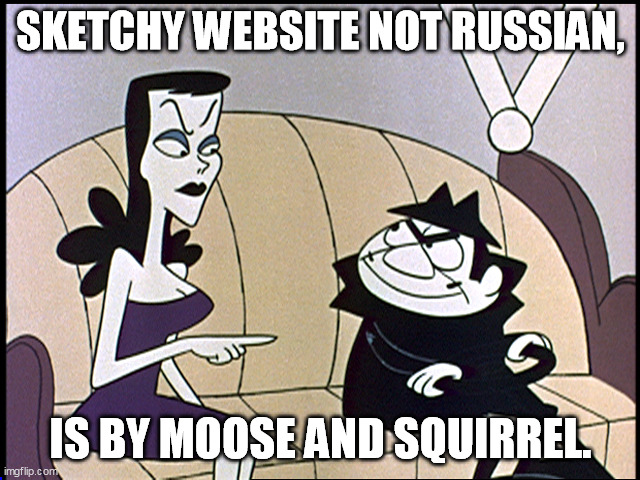 Just stick with Windows Defender, It will keep you covered in 99% of cases even without relying on rudimentary browser protections. The only reason for an individual consumer to invest in third-party antivirus in this day and age is for the secondary features they pack in like password management and parental control, otherwise the functionality is essentially the same.

I can tell you this with a certain amount of confidence because as a function of my job (I'm a security researcher) I spend a lot of time running malicious code in windows environments. Defender (Out of the box and kept up to date) makes it very difficult to compromise a windows host unless you're skilled enough to either write your own original payloads or modify existing known payloads in a way that evades antivirus detection mechanisms, this presents a sufficient skill hurdle to disqualify perhaps 95% of cybercriminals, and no off the shelf product can protect you from the remaining 5%.

So in practical terms, and to get into the technical side a little bit, the vector by which your laptop is most likely to be compromised is via some executable file that you as a user will download and run, which is most likely to install adware, spyware, a banking trojan, or a botnet client, however most of these payloads used by cybercriminals are generated from heavily automated malware distribution frameworks which are subscription services run by a few really smart cybercriminals and rented out to the dumb cybercriminals like organized crime groups who don't have the capability to write their own tooling, so what you end up with is a lot of payloads that are the "same" so to speak, and Defender (And other antivirus solutions) are great at defeating these by comparing programs downloaded onto your computer to a database of known malware signatures. Additionally, and one of the main reasons Defender is so effective, is because out of everyone writing antivirus solutions, Microsoft has the best database of known malware signatures, this is because Defender is running on a large percentage of the computers in the world, and it will send Microsoft a copy of every unsigned program that executes on any windows machine for analysis, take a look at it, and if it turns out to be malicious they add it to their signature database and suddenly every patched windows machine on the planet is covered from that malware, forcing the authors to have to go back and modify it, and the cycle continues until the heat death of the universe. Consequently you're pretty unlikely to run across malware that Microsoft isn't aware of, and even if you do Defender has other protections in place which analyze code as it executes to flag the kinds of things malware usually tries to do. There are various ways of defeating these kinds of protections as well, but then we get back to the 95% skill hurdle I mentioned earlier.

Additionally its worth noting that compromising individuals is not in of itself a profitable enterprise to begin with, so it isn't something a skilled cybercriminal is likely to bother with.

I also want to note that in corporate environments, basically nothing I said here applies, totally different threat model, don't take this advice to work.

No singular solution exists that will secure you 100%, but Defender is as good if not better in some respects than any other solution out there. Basically just keep Windows updated, don't disable Defender's functionality, and you'll be fine.
Top

Thanks for taking the time to write this out! This was a super interesting read.
Edited for grammar, probably
Top

Not a security researcher myself, but Windows Defender is quite remarkable indeed. Especially if you consider how shoddy Microsoft Software can be sometimes.

If you want to scan your PC every now and then, Malwarebytes is pretty good, in my experience. It's not a solution that's constantly on and monitoring what's happening on your PC, but if you suspect some bad players snuck onto your system, Malwarebytes usually manages to kill it.
Top

I second Malwarebytes. Malwarebytes premium is also top notch if you are looking for something paid - but they'll also give you a trial the first time you install it (and seemingly randomly after that as well at times?)

Premium edition is live protection, trial is just scanning but it is the scanning that is the important part. Scan once a day or after risky clicks and you should be fine.
Top

I got Malwarebytes Premium, but every time they do an update, they usually refresh the free trial for the free version, which is nice.
Portrait Info: City Guide by gabahadatta
Cookie-Cutter Builds - Recommended builds for the Arelith experience
All Things Ranged - Ranged builds, assembly templates, unstable slot properties, information
Trade Skill Distribution - Crafting related thread
Top

I usually go with win defender, malwarebytes, and avg and never run into problems.
Top

Thank you all!!! W.D. it is!!!!
Random Rogue, "My fingers hurt from all this lockpicking!"

also get noscript and adblock for your browser of choice
Top

uBlock Origin and minerBlock for your browser.
Top

The defense is robust enough that i can sail on sketchy sites, be they movie streaming sites, anime or manga or something else without issues.
Top
Post Reply
15 posts • Page 1 of 1

Return to “The Slanty Shanty”