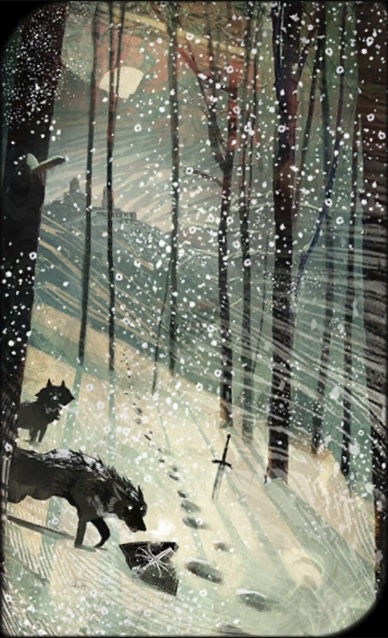 "The captain was clear: we will sail to the frozen lands of Skal, we will dock in a small village called Skaljard.

Arelith will have to wait.

The cold and the constant storms made the crossing dangerous and unbearable for both the crew and the passengers of this bathhouse. I am not exempt from the hassles caused by bad weather.

The village is tiny, cold, and constantly battered by the freezing ocean air and heavy snowfall. Despite the inhospitable environment, this place turns out to be surprisingly full of life and quirks. There is a constant coming and going of merchants, knights and magicians and the stalls are full of weird and precious merchandise.

Although the village appears to be full of life, I cannot help but think of the slow and steady decline for which it is destined.

Away from the mob of people, I got to know an elf named Morag: a skilled swordsman capable of manipulating arcane magic. She could help me orient myself in this frozen land and discover its secrets.